Sorry, we currently have no events.
View All Events 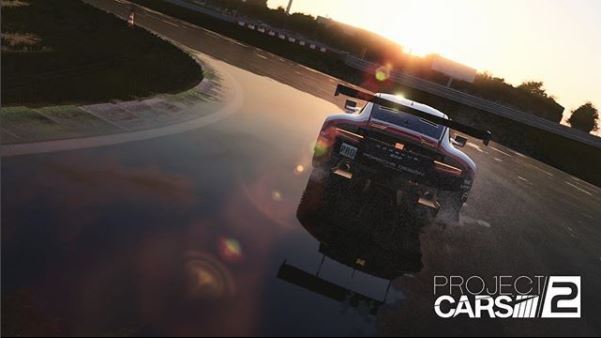 Solved link to Facebook page when user selects the Facebook option on the Extras tab whilst Microsoft Edge is set as default browser on PC.
Corrected multiple options in Photo Mode not being reflected when playing in VR.
Solved VR flicker.
Dedicated Server: corrected session duration automatically changing to 140 minutes when the player sets the time to more than 140 minutes.
Dedicated Server: improved client and server code that uses older net API, allowing for more reliable connections.
Changed the default drawing distance when playing in VR to minimize intermittent texture flickering.
Improvements to droplets on camera in both VR and non-VR.
Resolved game launching in Spanish when Windows’ current location is set to Latin American countries.
Corrected an issue in VR where driving lines would disappear if camera view was changed during race.
Solved an issue where Dedicated Server lobby weather conditions would always display as ‘clear’.
Corrected an issue where Dedicated Server lobby vehicle images weren’t updated correctly during multiclass selection.
Corrected an issue in post-race results where the mouse would not switch between the Driver List and footer menu.
Improved an Online Lobby issue where players were able to select a vehicle before info was fully set.
Refined incorrect message 'Multiple inputs were detected. No action was assigned' when player presses Esc key and message 'Please assign a new configuration' is displayed.
Polished the missing background for ‘return to position’ messages in VR.
Stability improvement for when a user would join an in-progress session.
Corrected AI behaving erratically leading to a crash to desktop.
Corrected an issue in VR handling two screen systems to ensure that they are both treated separately, allowing either to be the default.
Resolved a save fail if ‘my documents’ folder is set to a network location.

Audi R8 LMS, and R8 LMS 24H: improved LOD popping issue at the rear of the cars.
Mazda Radbull: fixed backfires not being visible from the cockpit.
Honda 2&4: corrected glass HUD blurring with road behind the glass.
Improved steering animations for Honda 2&4 and Radical SR3 when using a gamepad.

Driver helmet now correctly shown in Helmet View camera.
Improved results of simulated career sessions. Randomness reduced by enhanced focus on performance and driver skill. Qualifying-to-race grid positioning will now more closely match results when not being simulated.
Improved an issue where changing track in Multiplayer to one with a smaller grid size limited entry to the lobby, causing some players to spawn under the track.
Career - Group A: changed the date of Round 1 for the PA Final race at Bathurst so that the weekend no longer takes place during snow season.
Adjusted ambiguous spotter logic calculating probabilities remaining to take Joker Lap in RX.
Fix to ignore other classes for cut-track penalties in multiclass races.
Corrected the player having control of the car before the 'manual control' handover at the start of Formation Laps.
Resolved Competitive Racing License not disabling if Flag / Penalties are disabled.
Fix for Player not automatically getting correct tyres when pitting on default pit strategy.
Fix for players receiving speed limit penalties in the pits when the auto-speed limiter is engaged.
Turned headlights off when the car is in a ghosted state.
Issues relating to Join In Progress and Spectators for Rolling Starts resolved.
Improved formation laps: leader now slows down earlier in order to allow the rest of the field to catch up during the the switch from Formation Lap to Rolling Start.
Improvement to prevent players being able to drive in Community Events with DLC cars, when they don't own the DLC.
All vehicles are now permitted to use Kart tracks for Private Testing.
Fixed remaining race time calculation for the end of session simulation.
Resolved an exploit for Tuning Setups being applied to fixed setup Community Events.
Radical and Light Sports slick tyres: adjusted the range of ideal temperature to reduce difficulty of controlling car while the tyres are warming up.
Fixed the Lotus 38 and Lotus 56 being slow at Indy Oval.
Added sound for penalty HUD messages.
Tuning of cut track ‘tweakers’ following Update 3 feedback. This now reduces the amount of calculated slow down time required following track limit breaches.
Resolved an exploit where players could enable driving aids that are not allowed in Time Trial and Community Events.
Improved an issue where the AI, taking over control of the car when setting the 'Swap Driver' option to ON in the ICM, would not pit.
Resolved the issue where the Tuning Setup would reset to default after player attained a personal best time and then restarted the session.
Corrected the Pit Stop Estimate time not being calculated for RX cars.
Improved poor sounds of high/fast revving engines.
Added Sampala track to Private Testing mode.
Stability improvement when the admin of an Online Championship assigned any car to a player through a DLC-car class.
Fix for player not joining a lobby when accepting an invite whilst on Esports screen.
Removed 'Randomize All Cars' button in Online Championship when using Kart tracks.
Removed penalties accrued by player due to others retiring and spectating during the formation lap.
Resolved the skipping of a Career Round if player joined and completed an Online Championship race whilst their Career Championship was active.
Corrected car stalling whilst being held in pit box due to other cars passing, despite clutch pedal being pressed.
Fixed an exploit where the player could become immune to penalties when ghosted in multiplayer.
Fix for 'Invite Only' trophy unlocking after DLC installed and a new Career started.
Improvements for when players ‘Join In Progress’ into a session.
Added pit speed limiter to cars from which it was previously missing.
Resolved rare instances where incorrect starting grid positions were assigned to players.
Corrected issue where left-sided pitstops were causing parts of the vehicle chassis to flip.
Improved an issue where ‘return to position penalties’ were allocated based on overall position, and not class position.
Corrected an issue where Livetrack and weather was not correctly syncing across online races.
Refined an issue where fuel level appeared white despite not being enough to complete a session on-track without refueling.
Improvements to the cut-track penalty system now takes into account crashed, pitted, and other class opponents in timed races.
Corrected behaviour to prevent Online Reputation Safety Rank increasing when there are no opponents on-track.
Fixed an issue where pit crew would freeze during a fuel-only pitstop.
Added ‘automatic by weather' choice to the pitstop strategy menu. Crew will now change tyres if they are deemed unsuitable for the weather.
Polished an audio issue where pit-crew animations and sounds were not in sync on shorter pit-stops.
Resolved an issue where, during an RX Lites career, in Q2, the HUD would display incorrect info.
Corrected an issue where points were not being awarded to each class in a multiclass race for fastest qualifying lap.
Fixed an issue where a player would incorrectly receive a time penalty when hit by another player during the formation lap.
Stability improvement when crossing the finish line in multiplayer races.
Resolved a Rare ‘hang’ caused by crashing into AI during the warm-up lap.

Corrected Controller/Wheel setups getting reset if control type is altered and game is restarted.